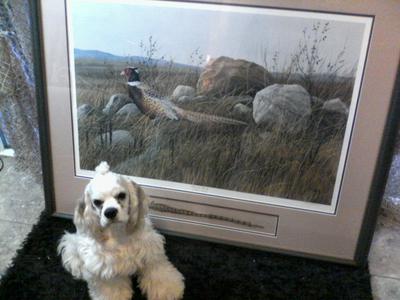 Josey is his name Beautiful dog. I have 2others females who are so mellow extremely calm. Josey is 10 months old ever since a puppy he would let u hold him then as so as he had enough which wasn't to long it would grawl at u and want down. Now that he is getting older he has turned on my husband many times,wanting to bite him hard, but husband stops him by smacking him saying no. Never has he done this to me until now, and then this morning told dogs to come for pee Josey stood on bed I went to pick him up and he attacked bringing me to tears. I love my Josey, he can be so loving kisses, lets me brush, bath etc., but when hes had enough look out. Please help me, I don't want him to leave us.