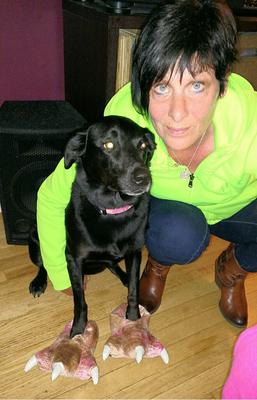 My 8 year old Aussie/Lab Mix has been attacking other dogs. She was kicked out of Doggie Daycare for seriously hurting a Schnauzer. I am told the schnauzer tried to mount her. On her behalf, nobody actually saw what happened, and for the past few weeks she had scratch marks all over her belly from being mounted. I had just changed her day care days to try to make it better.

She is an only dog. She is very active, however she has been attacking other dogs around food, or for absolutely no reason. When my 2 year old grand child is around, she takes her toys and runs. Sometimes she growls at her.

I am very upset at my dog's behavior. I have tried some herbal remedies to calm her behavior, but she is not trustworthy around any other dog at this point. I have had a $800 vet bill to pay for the Schnauzer for the damage she did to him. I was told she was shaking him in her mouth like a rag doll.

I have had her since she was 6 weeks old, so it isn't anything that happened to her before.